At the crux of Crown Technical Systems, success is its diverse and highly skilled workforce. All manufacturing areas are divided into five distinct groups; engineering, fabrication, assembly, wire preparation/wiring, and quality assurance. Each group is lead by a talented employee that is intimately familiar with his/her area of expertise on a per-project basis.

Over twenty-five years of experience in the Electrical Utilities Industry. Holds a Master of Science degree in Mechanical Engineering from the University of Oklahoma. 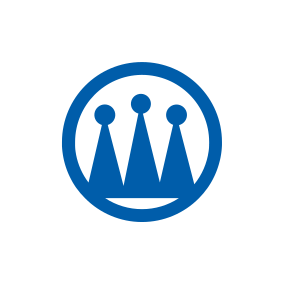 Vice President and Director of Manufacturing

Khawar (Howard) Siddiqui is Vice President of Crown Technical Systems. In his role, Howard is responsible for Manufacturing Operations and Corporate Shared Services, which includes Finance, Human Resources, Facilities, Safety & IT. He is based out of Crown Technical Systems main headquarters in Southern CA, and also has oversight of the Crown Texas facility (Dallas metro) as well as Crown Canada facility (Vaughn, ON Canada)

Howard’s expansive manufacturing career began in 1999, while working towards a Bachelor of Science degree in Information Technology from California State University Fullerton. Howard’s first assignment at Crown was to work in the shop, as a young college student learning how to do the simple and sometimes most important tasks in a manufacturing environment. As his experience progressed, he went on to learn in detail how to make wire markers, and then on to actually build some of the high-tech products that Crown still produces today, including relay & control panels as well as medium voltage Switchgear. During his career, Howard has held entry level positions and made his way through the organization up to executive management. This uniquely diverse background has given Howard the ability to lead high performing teams while still maintaining a strong foundation built on the basics of good business.

Josh Carruthers is the General Manager of Crown Technical Systems. In his role, Josh is responsible for Sales, Estimating, Engineering, Project Management, and Quality Assurance. He is based out of Crown Technical Systems main headquarters in Southern CA, and also has oversight of the Crown Texas facility (Dallas metro) as well as Crown Canada facility (Vaughn, ON Canada) Josh’s extensive engineering career began in 2002, while working towards a Bachelor of Science degree in Mechanical Engineering from California State Polytechnic University, Pomona. Josh was initially brought on board at Crown to support mechanical drafting as well manufacturing nameplates. As Crown grew so did the need for him to expand into other area’s as a Quality Inspector and Project Manager for Crown’s core product, Relay Panels. In 2007 Crown manufactured it’s first Control Building with him leading the mechanical design of this critical project. From there Crown continued to grow thus requiring him to take on a higher level role in executive management. His ability to understand customer’s needs, helps shape Crown’s product for the ever-changing power industry.

“I’ve always been interested in joining an energetic, and growing company that cares about its customers and makes quality products.

My previous employment was working for a small growing companies where I played an integral role in creating growth and sustainability. It was this that led me to join Crown Technical Systems Business Development Team. I’m proud to work for a company that looks after its people while striving to make a difference in how its customers are treated.

Our business development team continuously looks for ways to achieve customer satisfaction by striving to meet their specific needs on a per project basis.”

Build Your Future and Power The World!

A Day At Crown Technical Systems

Watch an overview of our top-class facilities